The Death of Helena Blunden

By Martha Ashwell In my previous post for this blog, I wrote about the life of Helena Blunden. Helena was a Belfast mill girl (Millie) who was a talented singer but who sadly met an untimely death at a young age.  This post is my fictional account of Helena’s tragic demise.

THE DEATH OF HELENA BLUNDEN

Almost six in the morning and, as yet, there was no light.  The grey mist enfolded Helena Blunden and the cold dampness seeped through to her bones.  She wrapped her shawl around her shoulders guarding against the chill. Hurrying along the dew-stained cobbled street, a sharp twinge of excitement plucked at her heart. She was on the last minute and she daren’t be late. Several dark shapes dashed along a few yards in front of her, heads bowed, resigned though reluctant to start their day’s work. Helena was eager to begin her day, for she hoped it would be her last. The poplars stood like giant sculptures brushing the pale silvery clouds, obscuring the soft light of the breaking dawn. She shivered as she approached the vast building set against the darkness of the rain-washed sky.  Nothing could disguise the austere presence of Newbrook Mill standing four storeys high plus chimney, a gargantuan cathedral and spire dedicated to the production of Irish linen. 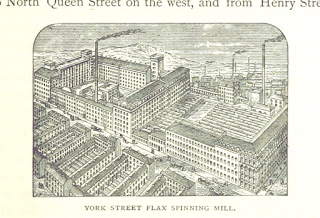 Helena entered the mill for what she hoped would be her final shift. Climbing the stone steps worn away by years of workers’ feet, she removed her shawl and was aware that her curly hair was springing back into shape. Today was Friday and she would finish in twelve hours’ time.  She had played her part in producing double damask tablecloths for the great ship ‘Titanic’ and she would be working hard to finish a special order today.  Helena needed to be away home as quickly as possible for she had tickets for a concert at the Grand Opera House that evening.   Fly home, she would, as fast as her legs could carry her. There were other opportunities opening up for her now and she couldn’t wait to seize them.  Tomorrow, she would visit Belfast for an audition. A musical impresario had heard a recording of her voice and if he liked her she would sing in the newly opened Dunmurry Theatre. Thoughts of family conversations flooded Helena’s head.     ‘Ach, you’ll ne’er make it as a singer, girl.  You’re livin’ in a dream world.  Sure to God, ye’ll only get anywhere by a hard day’s graft.’    ‘Oh, Mammy!  You know what this means to me.  Why can’t y’ be happy for me like Dada is?’    ‘Cos I’ve got me head screwed on, that’s why!’    ‘Leave the girl alone, Mary,’ came her father’s reply.  ‘Sure she’s as much chance as the next to make it.  She’s a lovely voice and people are touched by her singing’.  ‘Old Mrs McLoughlin was weepin’ into her hanky the other day.  Wept buckets she did and told everyone how much she’d enjoyed it.’   ‘You can’t invent that and it’s something Helena has without the asking.’ Helena held on to her dream and now something was about to happen that could change her life for ever.  Now, as never before, she felt encouraged to live her dream and escape her life in the drudgery of the spinning room.  She knew she was a diligent, popular worker and had worked in the mill for over a year.  Every day she’d battled against the thundering noise of the machines and the heat and the smell.  She often worked up to her ankles in water but as she would say,    ‘Sure to God, and you can get used to anything if you have to.’  Despite its chilly beginnings, this mid-May day turned out to be very hot.  The air in the spinning room smelt dank and stale as the temperature sweltered to its highest point. Two children and the woman working next to Helena had fainted and had to be carried out into the relative cool of the open air.  Condensation dripped down the walls and onto the floors.  Sweat glistened on Helena’s forehead as she tried to work dexterously at her machine. The heat hung heavily on all the workers, soaking their clothes and the hair on the back of their heads. 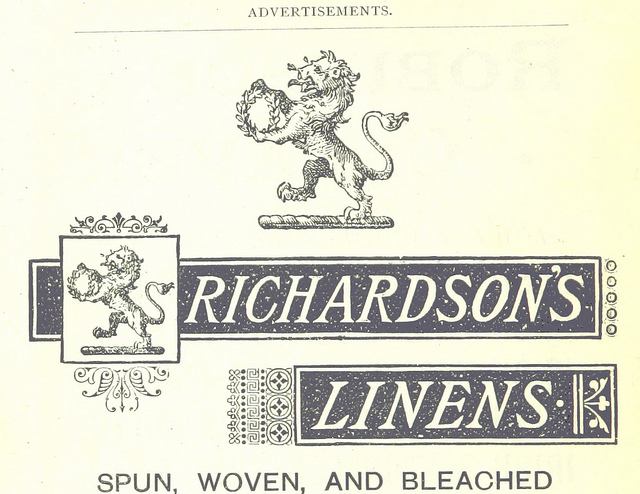 Helena worked on for the rest of the day.  Suddenly, she became aware of the cleaning woman who was mopping her way around the spinning room.  Kitty Malone was the opposite in character to Helena.  Unkempt Kitty, as she was nicknamed by the mill workers, was always scruffy and untidy.  She was deeply disaffected and envious of the fortunes of others and was certainly not known for her fine ways having been a drinker and a brawler in her youth.  Helena knew only too well that she’d said many unkind things about her.  She knew that she was jealous of her, mocking her talent and ambition whenever she had the chance.   No-one took much notice of Kitty which fuelled her frustration.  She’d listened often to Helena’s stories and was sick of hearing about her.  She’d laughed at Helena, teasing her for the slight English accent she’d picked up which made her voice distinctive.  Kitty had been moved around the mill many times as she’d caused disruption wherever she worked; her confrontational attitude had got her nowhere, yet she never learned from her mistakes.  Her duties included mopping and cleaning the condensation from the floors and the stairs of the great mill.  She needed the job but didn’t do it willingly, often quarrelling with fellow workers and complaining at the slightest opportunity. 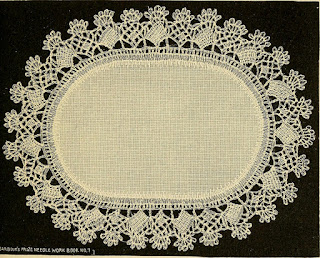 One of Kitty’s comments broke the flow of Helena’s thoughts as she neared the end of her shift. ‘Why audiences should be captivated by her?’ Kitty would never know.   ‘Sure, I could do just the same myself.  She’s nothing special, that’s for sure.’  Within seconds, Helena was preoccupied with thoughts of the audition once again. She confidently hummed tunes in her head while she worked.  She longed for the whistle to blow.  To save a few minutes, she’d kept her shoes on, ready to leave the minute the whistle blew.  Today, she was living every second ahead of itself; she just couldn’t wait for the day to end.  Helena watched absentmindedly as Kitty moved in her usual fashion from the spinning room floor onto the stairs and beyond.  She knew that Kitty wasn’t proud of what she did but that she was compelled to do it for the bits of a wage it offered at the end of each week.   She also knew about Kitty’s habit of complaining constantly and rebuking anyone who happened to walk on the stairs while she mopped.    What Helena didn’t know was that, tonight, Kitty was particularly tired and bad-tempered.  Having worked her way up from the ground floor of the mill she was now mopping all the stairs down to the bottom.   She stooped over her mop and, not bothering to squeeze it properly, dragged it lazily across the top steps.  Just a couple more flights to go and she’d be finished for the day. 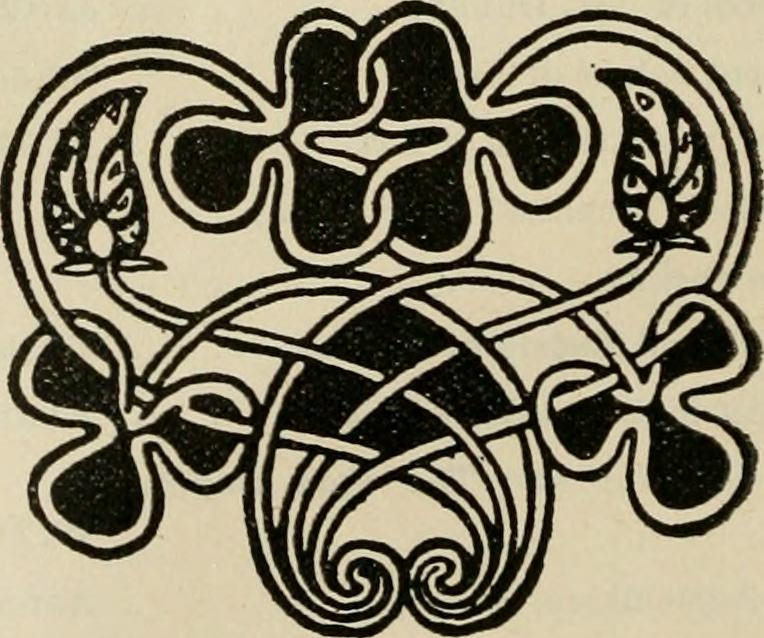 As she was extra weary and ill-tempered, any slight disruption would cause her to react.   At that moment, a young half-timer, Sean, who’d only just started a couple of days before, passed her by on the stairs.  He walked over the spot she had just cleaned and she shrieked at him.    ‘Move!’ she yelled.  At the second landing, Kitty stood several feet from her mop and bucket which lay abandoned where she’d worked.  Taking him aside, she gripped his arm and warned him about the wet slippery stairs.  Kitty wagged her finger at him, then shook him by the shoulders.   The young lad pulled himself back against the wall and lowered his head in shame.     ‘I didn’t mean no harm,’ he stuttered nervously.     ‘No, you lot never do.  But it’s me who has to go over it again – as if I haven’t got enough to do.’  Just then, the whistle blew and Helena finished her shift.  She grabbed her shawl and fled, avoiding other workers in her path.  She had eaten very little and felt sick with nervous excitement and the heat and noise of the day.  Hurrying down the first flight of stairs, she willed herself forward, her feet barely touching the steps.  Her wet shoes clung loosely to her feet but she raced on.  Soon she’d be home to her mother to tell her how excited she felt about going to the concert.  She thought again about her trip to Belfast.     ‘I’ll do my very best and become famous and then I’ll buy them a house with a garden and everything and we’ll never want for anything ever again.’  In the rush and excitement, Helena didn’t see the discarded mop.  She tripped heavily and shot head first over the bucket, over the banister, crashing down the narrow stairwell to the ground floor far below.  Her body clipped the second banister snapping her arm in two.  This changed the direction of her fall by a few centimetres.  But there would be no mercy in this trajectory; nothing could save Helena from the fate awaiting her.  Kitty was still speaking to Sean when she heard the terrible scream as Helena fell.  She raced down the stairs and knelt by Helena’s limp body sprawled in a heap like a bundle of rags that had been left out for the tinkers.   Shocked and stunned, she felt a terrible lump in her throat as she stooped closer to examine the rumpled body lying contorted on the stone floor.  Helena’s bloodied skull had smashed into pieces; her voice silenced forever. 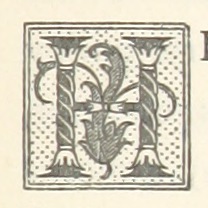 Image use as per attribution